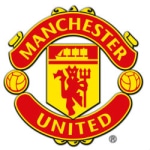 Manchester United Women have been playing their fixtures at Leigh Sports Village for their entire existence, beginning with their title-winning FA Women’s Championship campaign in 2018/19 season and their two Barclay’s FA Women Super League seasons since then.

Sadly, the 2019/2020 WSL season ended prematurely due to COVID-19, with United finishing in a very credible fourth position in their first season at the top level of the Women’s game.

Having played behind closed doors during the 2020/2021 season with United finishing fourth in the Women’s Super League, supporters have returned to Leigh Sports Village in their thousands since the start of the 2021/2022 season.

Fixtures and ticket information will be listed below when available, or alternatively sign up to our mailing list HERE and you will be e-mailed about all football fixtures (including Manchester United Women and Manchester United U23s) taking place at Leigh Sports Village.

Tickets for Manchester United Women fixtures must be pre-purchased via Manchester United’s website HERE. Tickets are then sent to you by e-mail to be printed at home or scanned at the turnstiles on a compatible mobile device.

All of the latest news and information