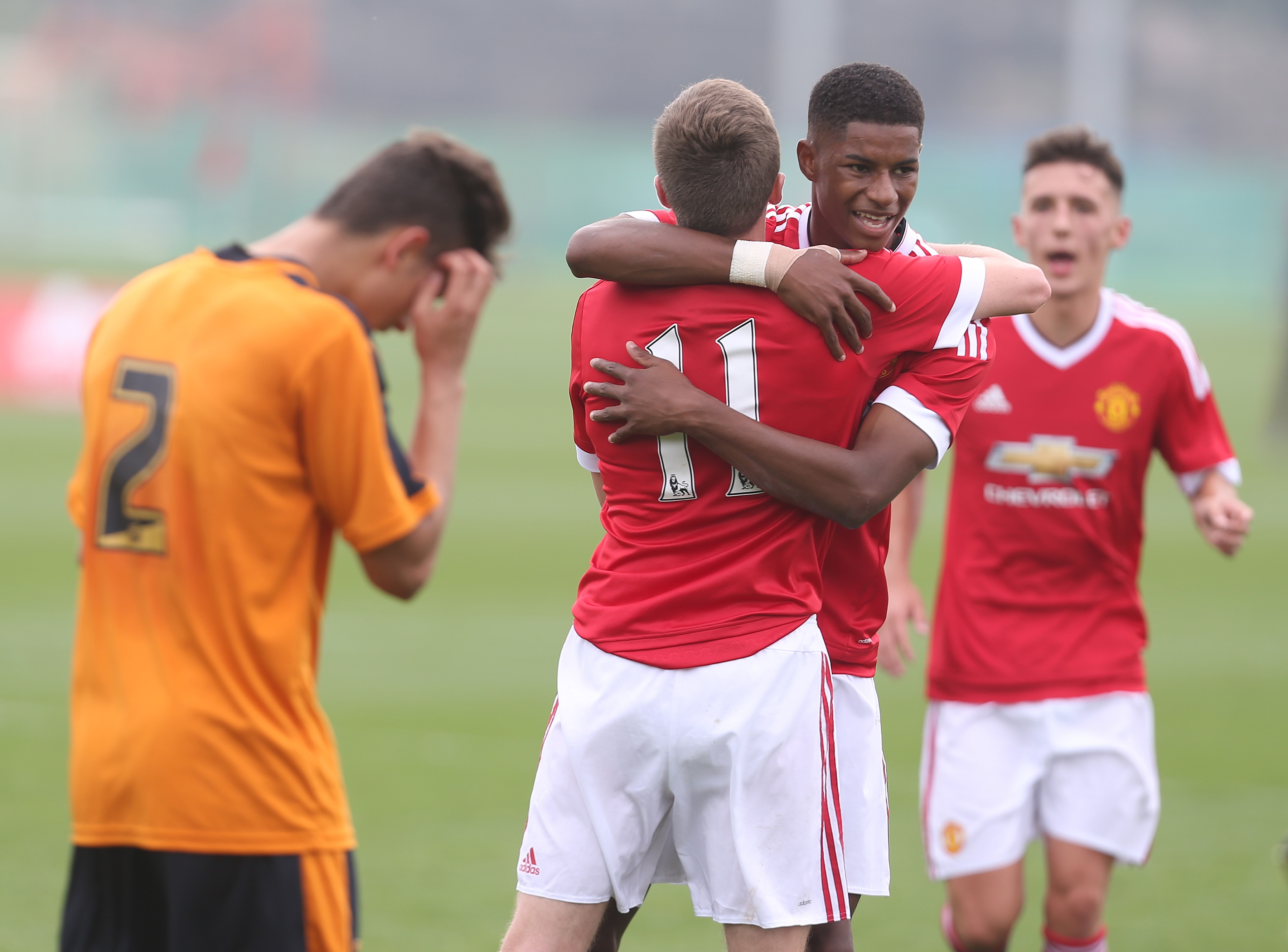 Leigh Sports Village hosts one of the biggest football matches in its history tonight as Manchester United take on local rivals Manchester City in the Barclays U21 Premier League. And once again, the game is absolutely free.

It’s a match that has more than just local bragging rights at stake: current U21 Premier League Champions United are in second place in the 2015/16 table, and will go top with a positive result, with  City hot on their heels in third. The outcome of Thursday’s game, which takes place under the lights at LSV at 8pm, will go a long way to deciding who can rightly call themselves the best young team in the country.

“At any level, you want to beat your local rivals, you know it’s a big game between two top teams and hopefully we can get a few fans there to support us,” says United’s U21 coach Warren Joyce. “But it’s no different to any other top Premier League club with a top academy, and somebody that we want to pit our wits against and see what problems they cause us. We will try to solve them and give them our own problems. I know we will do that.”

United’s U21s have produced a number of players who have played at Leigh Sports Village this season and gone on to represent the first team. So it’ll be fascinating to see who make’s Joyce’s starting line-up tonight.

“We are quite thin on the ground with three teams – the first team, the U21s and the U18s all playing three games in 48 hours,” says Joyce. “And a lot of the players are involved at each level like Cameron Borthwick-Jackson, Marcus Rashford [pictured left], Axel Tuanzebe and Ro-Shaun Williams so it will be a difficult few days trying to get the players that everybody needs. But we know that the players we have will all give 100% and put on a performance.”

“It’s wonderful to be able to host such fantastic – and important – games at Leigh Sports Village,” adds Chief Executive Simon Toon. “We’re expecting a big crowd for this one, so we’d urge people to sign up for free tickets and get to the Sports Village for the 8pm kick off as early as they can. With Manchester City fans being allocated the South Stand, there’s sure to be a great atmosphere. ”

Anyone who arrives at LSV 30 minutes or more before the 8pm kick off will be entered into a prize draw to win an exclusive signed David De Gea goalkeeper’s shirt, and The Red Zone Cafe is open from 630pm for family friendly pre-match meals and snacks – those who purchase a meal being in with a chance of winning David De Gea gloves.