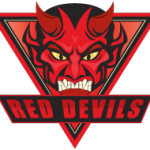 As in 2015, season tickets for the 2016 season included all eleven Kingstone Press Championship home fixtures along with three home fixtures in the Super 8’s Qualifiers. Having won the Kingstone Press League Leaders Shield for the third season in succession, Leigh Centurions have earned four home fixtures in the Super 8’s Qualifiers and as such this fixture has been designated as an ‘all pay’ fixture with no season tickets accepted for use for this fixture.

Supporters can pre-purchase their tickets in person at the Leigh Sports Village Stadium Ticket Office, online HERE or by calling 01942 487888.

If you wish to purchase ambulant disabled or wheelchair disabled tickets, you can do so directly through the Ticket Office. These are priced according to the relevant category above, with a complimentary ticket provided for a carer. Please be aware that appropriate proof of disability may be requested and will need to be registered with the Ticket Office.