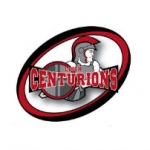 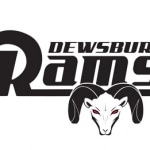 Leigh Centurions play their final pre-season warm up fixture before the start of the Betfred Super League season when Dewsbury Rams are the visitors to Leigh Sports Village this Sunday (29th January 2017, 3pm kick off).

A limited number of North Stand tickets are also available to buy from the Leigh Centurions Retail Outlet situated within Leigh Market Hall until 4pm on Saturday 28th January 2017.

To avoid congestion at the Ticket Office in the immediate period leading to kick off, supporters are strongly advised to purchase their tickets in advance of match day where possible.

For this fixture, Dewsbury Rams supporters will be situated in blocks A & B of the Kingstone Press West Stand on an unreserved seating basis and can buy their tickets by contacting the Dewsbury Rams tickets office directly or via the avenues above.

Any supporters who have pre-purchased their match tickets and have been advised to collect them will be able to do so from any window at the LSV Ticket Office from 9am on the day of the game. Corporate ticket collections will take place from the Media College (situated to the left hand side of Main Reception).

As always, traffic congestion is expected around the stadium and supporters are advised to allow extra time in their journey. However, should you miss the kick off then there are ‘late gates’ situated in each stand which will be open until the end of the first half. These turnstiles are turnstile 19 (North Stand) and turnstiles 1 and 23 (Kingstone Press West Stand).

There is a limited amount of on-site parking available at Leigh Sports Village, all free of charge. Access to these car parks is via Sale Way, situated directly off A579 Atherleigh Way, with stewards on hand to direct cars where necessary.

There are also numerous pay and display car parks situated in Leigh town centre, approximately 10-15 minutes’ walk from the stadium.

All approaches to the stadium and town centre, in particular A579 Atherleigh Way and A580 East Lancashire Road, are expected to be busy and supporters are advised to allow extra time for their journey.

For those travelling by public transport, Leigh bus station is situated in the town centre and is served with regular connections from Manchester, Bolton, Wigan, Warrington and St. Helens. The bus station is a 10 minute walk from the stadium, or alternatively the 597 bus service, operated by South Lancs Travel, runs directly from the bus station to the stadium.

The Legends Bar (situated at the front of the Kingstone Press West Stand) will be open from 12pm, serving a range of soft drinks and alcoholic beverages and will also be open after the game. From around 1.30pm, supporters will have the opportunity to purchase club merchandise while compere Clive Render will be hosting the regular match day quiz.

There are also catering kiosks available in each stand which will be open from 2pm, serving a variety of hot and cold snacks along with hot beverages and both soft drinks and alcoholic beverages. Kiosks close 20 minutes after the start of the second half.

Please note that no food and drink is to be brought into the stadium. If you any specific dietary or medical requirements please speak to a steward prior to entry.

We would like to kindly remind all supporters that, in line with government legislation, smoking is not permitted anywhere within Leigh Sports Village Stadium. This also includes the use of e-cigarettes.

We would also like to remind supporters that unfortunately there is no re-admittance to Leigh Sports Village Stadium, should any supporter wish to exit the stadium in order to smoke.

We appreciate the cooperation of all supporters regarding this matter.

In line with advice from Greater Manchester Police, please be aware that overt searches, such as bags and personal searches will take place to detect any prevent any prohibited articles from entering the stadium and to provide a visual deterrent.

This searching is conducted under the authority of the Leigh Sports Village Ground Regulations and will apply to staff, partners, visitors and spectators. Any refusal will cause the person not to be admitted into the stadium.

The following articles must not be brought within the ground: golfing umbrellas, knives, fireworks, smoke canisters, air-horns, flares, weapons, dangerous or hazardous items, laser devices, bottles, glass vessels, cans, poles and any article that might be used as a weapon and/or compromise public safety.  Any person in possession of such items will be refused entry to the ground.