Work from an exciting new public art project by Turner Prize-nominated artist Mark Titchner is currently on display at Leigh Sports Village – and everyone who visits the stadium can enjoy it.

Titchner worked with young people from across Wigan and Leigh, asking them to consider the question: “What is it that you want more than anything else?” The responses varied from the deeply personal to the everyday, and Titchner decided to work with the handwriting that came out of the workshops, creating personal artworks for each particular site across the borough. 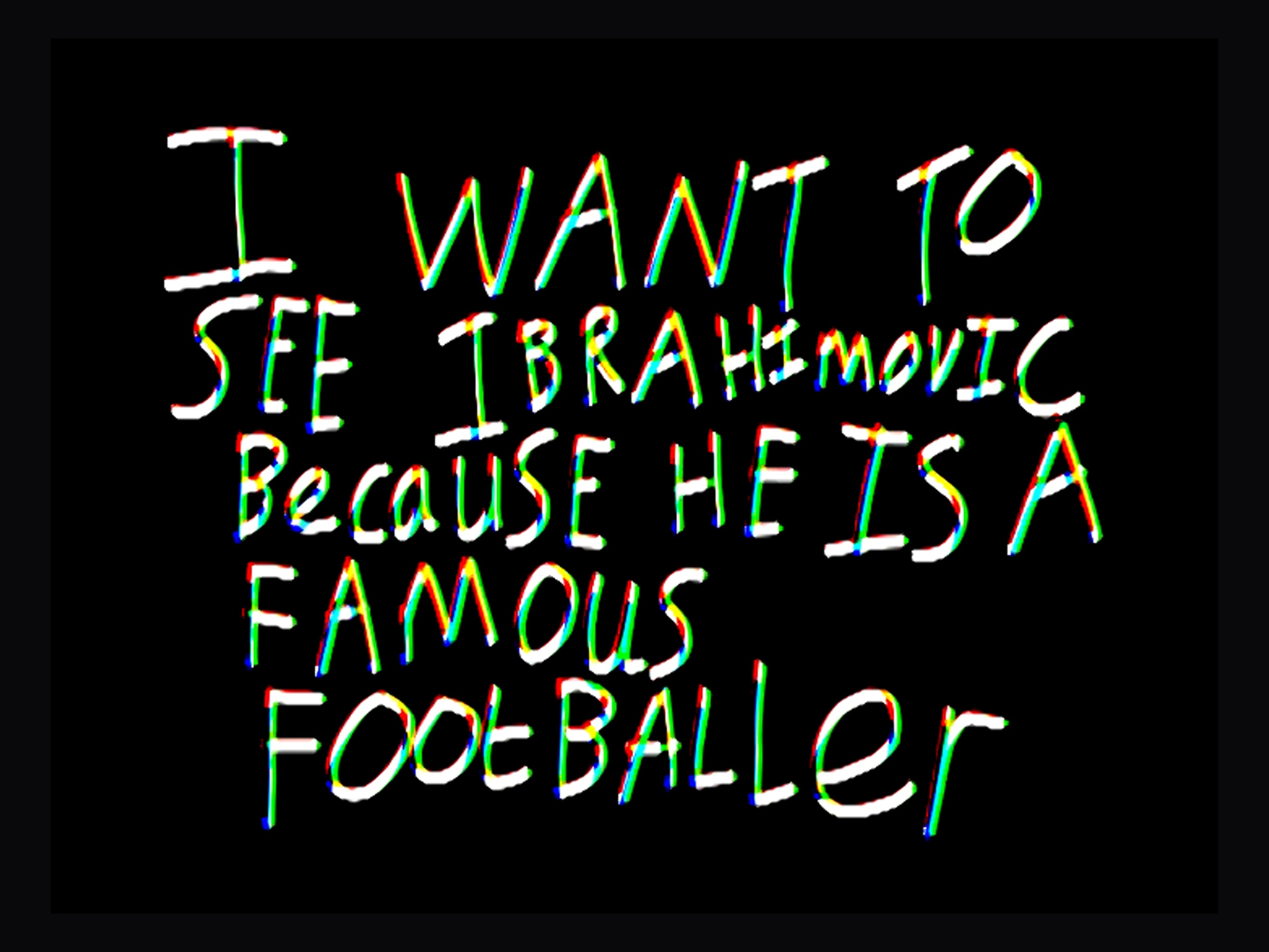 Leigh Sports Village is proud to present two of the works on our big screen: Kyle Johnston’s “I want to see Ibrahimovic because he is a famous footballer” is broadcast as a 30 second video clip reminiscent of a Magic Drawing Slate, while Sophie Wareing’s dream of a career in medicine – “I want in the future a good job, preferably as a paramedic” is depicted on a colourful Moorish pattern. 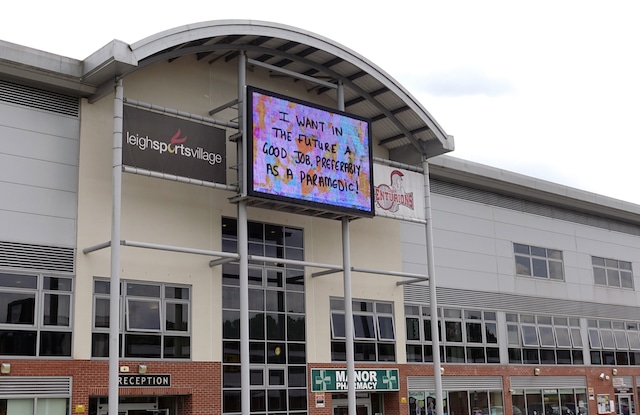 The work from What I Want More Than Anything Else will be on the big screen until September 30. It’s part of the Networked Narrative initiative, using art and technology to empower and inspire young people aged 13-25 from across Burnley, Wigan and Hull, working with artists, libraries and communities across the North.

You can also download the brochure with all the Wigan and Leigh artworks, which will be available across Leigh next week.