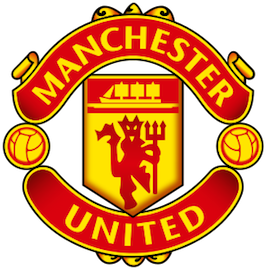 Leigh Sports Village is delighted to announce that Manchester United’s U23 and U19 teams are returning to our state-of-the-art stadium for another season of exciting football. And once again, football fans can enjoy seeing tomorrow’s footballing stars today absolutely free!

The action kicks off on Monday August 21, with newly-promoted Swansea City the first visitors. Next up is the eagerly-awaited visit of Arsenal (Friday September 8), whose U23 team is always one to watch, while September also sees United take on Derby County on Friday 22.

In October, derby rivalries are renewed with Liverpool’s short trip down the A580 (Monday October 23, 7pm), followed by another exciting derby on Sunday November 19th, with Manchester City the visitors.

A week before Christmas, United take on Leicester City (December 18, 7pm), while there are two games early in 2018, with West Ham United the visitors on January 8 and Chelsea on February 16.

The draw for the group stages of the Premier League International Cup will also take place in due course – last year United took on the likes of Villarreal, Porto and Sparta Prague at Leigh Sports Village.

And thanks to Manchester United’s UEFA Europa League win and subsequent qualification for the UEFA Champions League, the U19 team will also take part in the UEFA Youth League at Leigh Sports Village, which in the group stage mirrors the fixtures the senior side will play in the Champions League.

“We’re so pleased to be hosting Manchester United for another season,” said Leigh Sports Village Chief Executive Simon Toon. “It’s great for families in Leigh and beyond to be able to come and watch really exciting football played by the stars of the future, absolutely free.”

Registration for the Swansea game will be open from Monday