With so many Betfred Super League, Betfred Championship and other sporting fixtures postponed this weekend due to the extreme weather conditions, Leigh Sports Village is delighted to announce that the stadium pitch (pictured below, Friday afternoon) is immaculate and the areas surrounding the stadium are safe to welcome spectators for the Betfred Championship fixture between Leigh Centurions and Featherstone Rovers on Sunday. 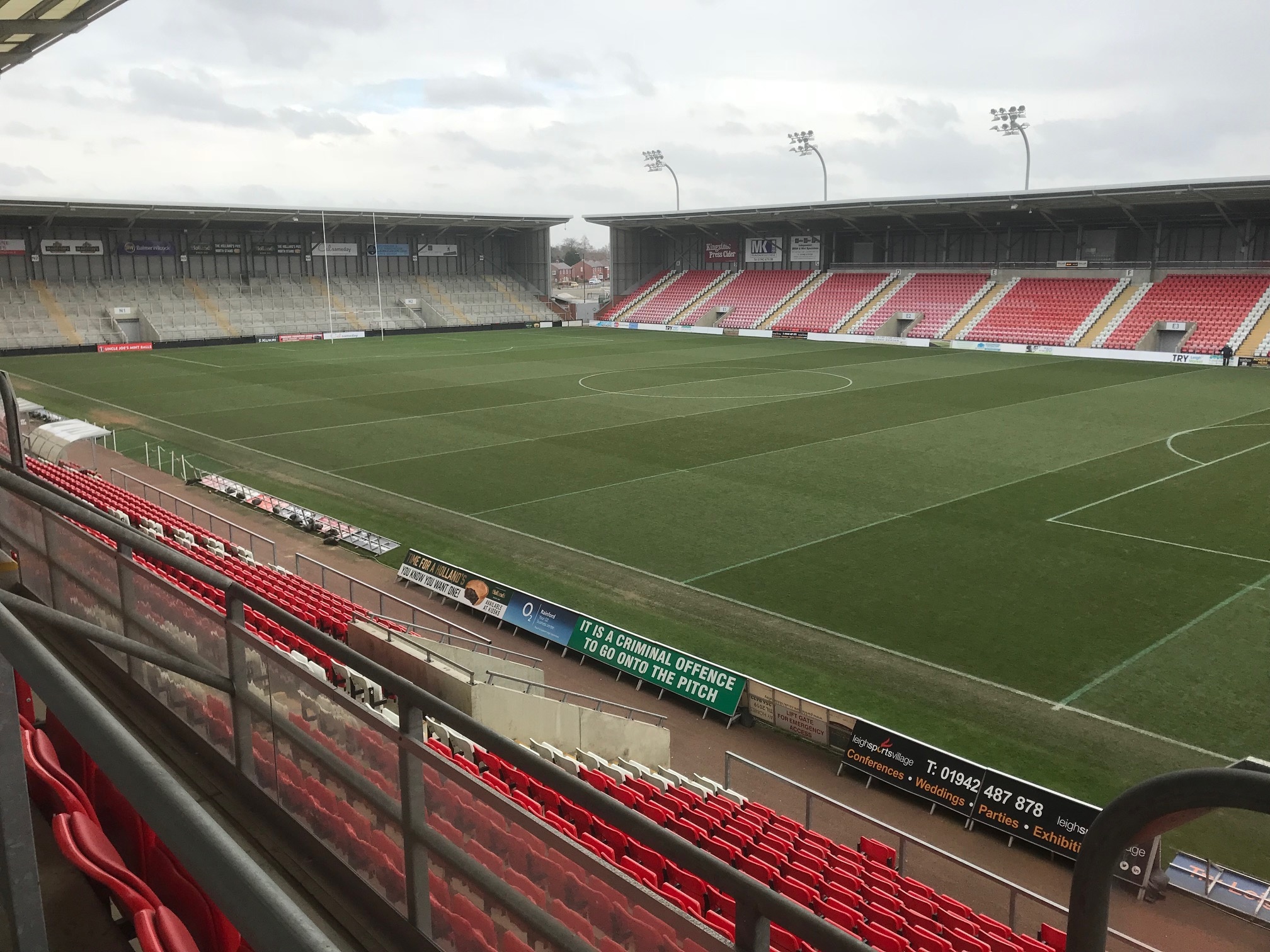 Leigh Sports Village stadium is a state of the art facility unrivalled in rugby league and with its underpitch heating we have been able not only to support Leigh Centurions’ players and staff in their training preparations this week but also reassure the Club, Featherstone Rovers and the RFL that, at present, the game on Sunday will be able to go ahead as planned.

This comes at the end of a week where Leigh Sports Village was also asked to host an additional Premier League International Cup fixture after Liverpool U23s were unable to play at their home stadium – just 24 hours after Manchester United also played at Leigh Sports Village.

“We’ve been happy to help Leigh Centurions prepare for their vital fixture this Sunday in any way we can,” said Leigh Sports Village Chief Executive Simon Toon. “A combination of the hard work of our ground staff and the state-of-the-art playing surface means Leigh Centurions – and Leigh as a whole – have a facility to be really proud of.

“We’d like to remind fans that it will still be cold on Sunday, so wear several layers and take the usual precautions for cold weather.”

In a statement, Leigh Centurions Chairman Mike Latham said that it was “at times like this where our outstanding facility at Leigh Sports Village really comes to the fore.”

He added: “Our state of the art playing surface benefits from underground heating and the support of the Club by Leigh Sports Village has seen them utilise this to enable the players to train on the surface whilst all outside pitches are frozen.”

Leigh Centurions take on Featherstone Rovers at 3pm on Sunday. Tickets are available at the ticket office, on 01942 487888 or at www.leighsportsvillage.co.uk. There are also still some hospitality packages available for this fixture: call 01942 487890 for more details.