We’re delighted to be hosting the Mayors’ Game this evening – a charity football match between teams put together by Manchester Mayor Andy Burnham and Liverpool’s Mayor Steve Rotheram. 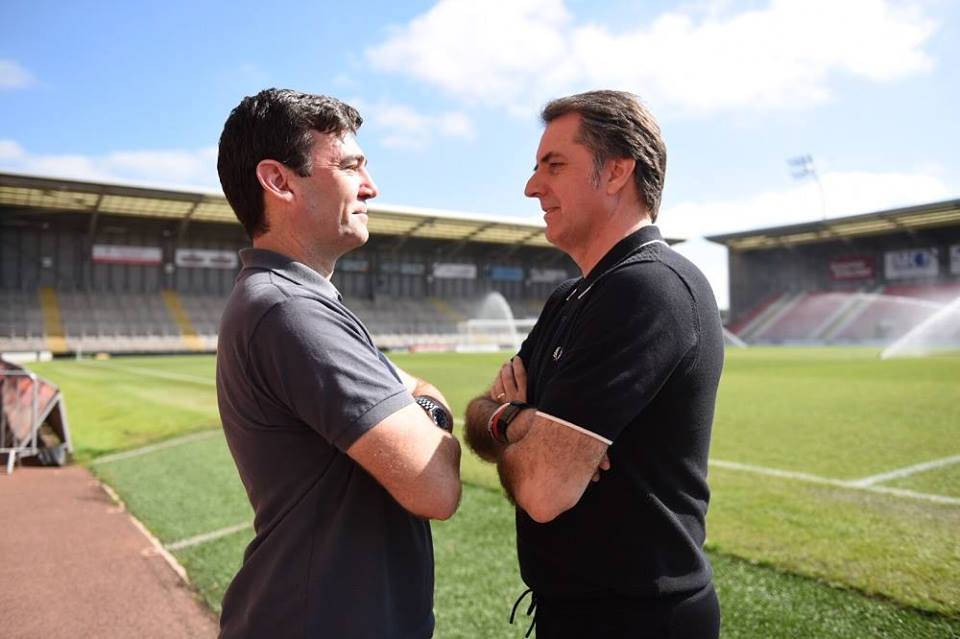 It’s for a brilliant cause: raising awareness and bolstering the work both regions are doing to tackle homelessness and eradicate rough sleeping. By coming to the game, you will be helping to raise vital funds for homelessness initiatives in Greater Manchester and Liverpool City Region.

Here’s all you need to know about tonight’s match.

What time does it kick off?
Kick off is at 7.30pm – but gates are open from 6.30pm. Do arrive early as Bolton band The Jade Assembly will be warming the crowd (and players!) up. Also, the father of Saffie Roussos, the youngest of the 22 people killed in the Manchester Arena attack last year, and Hillsborough campaigner Margaret Aspinall will be leading the teams out.

How do I get tickets?
You can buy them in advance to collect this evening here. Or you can purchase at our ticket office when you arrive at the stadium. Either way, they are £5 for adults, £3 concessionary and U16s go free.

How do I get to Leigh Sports Village?

Leigh Sports Village (WN7 4JY) is just off the A580 between Liverpool and Manchester, 8 minutes from M6 Jn 23 (Haydock Park) and 14 minutes from M60 Jn 14. There are 1000 free car parking spaces on site. For more detailed travel information please go to our Plan Your Visit page.