Manchester United’s Under-23s continued their encouraging start to the season with a hard-earned 2-0 win over Reading at Leigh Sports Village Stadium on Friday evening.

D’Mani Mellor scored the first goal early on and James Garner clinched the points close to the end to give United their third win on the bounce in all competitions. 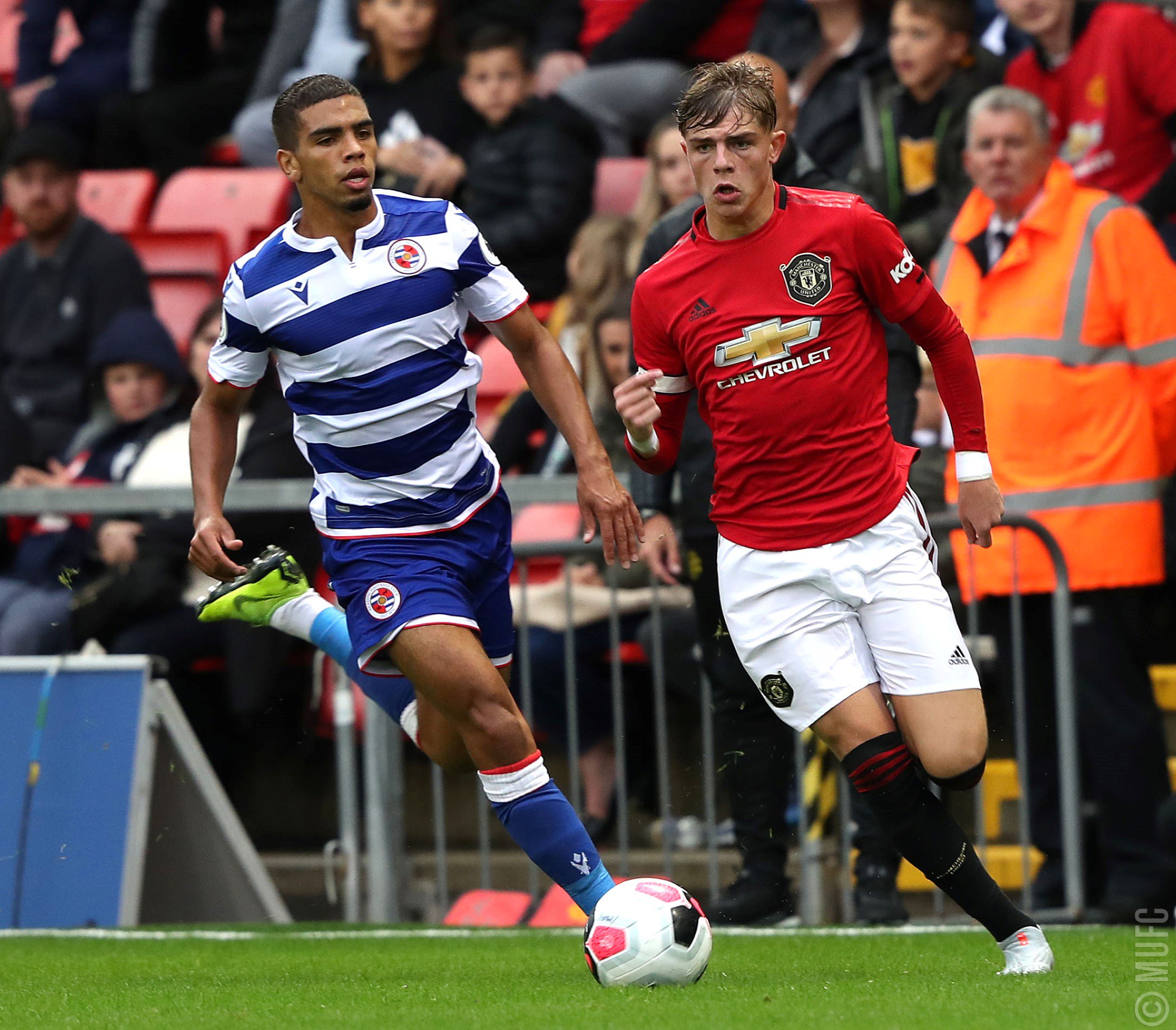 It was more than a trifle premature to describe this match as a top-of-the-table clash, but with United defeating West Bromwich Albion 5-0 and Reading netting half-a-dozen goals without reply against Newcastle United in the opening fixtures, it was certainly a meeting of the first-day pacesetters in Premier League 2 Division 2.

Leaden skies provided the backdrop for this game and the prediction of rain in the area proved to be extremely accurate, but that did nothing to dampen the fans’ enthusiasm with a good number inside Leigh Sports Village in time for kick-off. United were looking to extend the winning start to the season to three matches, having launched the campaign with a 2-0 away win over Rotherham United in the Leasing.com Trophy.

And that mission was given an early boost when, after a brief spell of pressure, Mellor found a route into Jokull Andresson’s net; the no.9 drilled home an accurate finish to give the Reds a 12th-minute lead.

A good representation from the club’s wider coaching staff were watching from the stands and they were no doubt well pleased with the positive way Neil Wood’s lads were approaching the game.

Reading weren’t short of attacking ideas either, getting forward whenever they could, but United goalkeeper Matej Kovar and his defence were doing sterling work in keeping to a minimum the visitors’ scoring opportunities.

Jordan Holsgrove had possibly the best chance to put his side on level terms, when Reading were awarded a free-kick on the edge of the Reds’ area but Kovar comfortably plucked the ball out of the air.

United were forced into making a change to our personnel in the 36th minute, when Luca Ercolani replaced Ethan Laird after the injured defender had been helped to leave the field.

It had been something of a bruising first half with several of our players, including Largie Ramazani, Arnau Puigmal and, of course, Laird requiring a visit from physiotherapist Tom Hughes.

Reading opened the second half with wind in their sails and the United defence were forced to batten down the hatches as the Royals pressed for an equaliser.

At the other end, United went close to extending our lead when Brandon Williams’ cross found Di’Shon Bernard unmarked but the central defender was narrowly unable to convert the chance.

As the game approached its final stages, the balance of play was pretty well even with ‘keepers Kovar and Andresson both being kept busy.

Then, with thirteen minutes left on the clock, United doubled the advantage with a great finish from midfielder James Garner, his third goal in two league games.

By any standards, three straight wins and a trio of clean sheets represents a good start to the season.