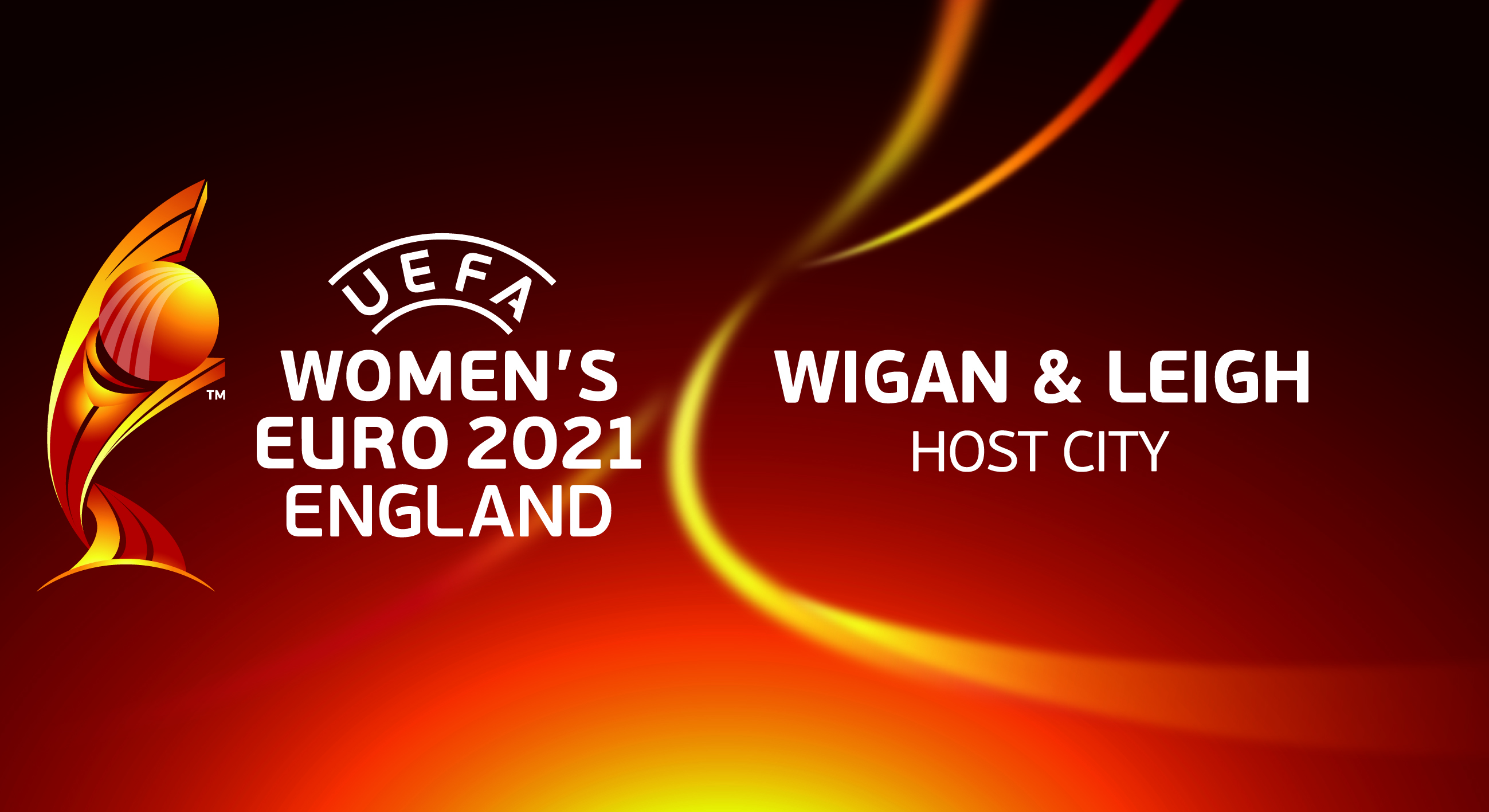 Leigh Sports Village is delighted to announce that it has been chosen to host games as part of the UEFA Women’s Euro championships in England in July 2021.

It will be an incredible year for Leigh as we are also a host venue for three Rugby League World Cup games in the autumn of 2021.

Leigh Sports Village, which is the current home and training base for Manchester United Women as well as Manchester United U23s and Leigh Centurions Rugby League Club, joins eight other host stadia across the country in hosting what promises to be a record-breaking tournament for UEFA.

The official match schedule will be announced in due course.

“Leigh Sports Village is used to hosting international sporting fixtures and events and we hosted an England Women’s team training camp in 2012, but we are absolutely thrilled to be bringing such a prestigious event for women’s football and for England to the people of Leigh, Wigan Borough and beyond,” said Leigh Sports Village Chairman Lord Peter Smith. “It’s been so exciting to experience Manchester United Women’s success over the past season at Leigh Sports Village, and the women’s game has never had such momentum.

“We can’t wait to welcome fans from all over the continent to Leigh,” he continued. “These high profile games also give us the opportunity to inspire and empower women and girls as part of Wigan Council’s Believe In Her campaign.

“UEFA Women’s Euro 2021 will further enhance the profile of Leigh Sports Village and the town as a whole.”

Leader of Wigan Council, Councillor David Molyneux also welcomed the announcement. “This is a really exciting time for the sport, with the euphoria of the World Cup and the incredible performance of our Lionesses fresh in people’s minds. We feel incredibly proud and privileged to be selected as a venue for such a prestigious event for women’s football and for England. Being a host doesn’t start and end at the stadium, for us it’s about building a lasting legacy for our residents. And Wigan Borough has a proven track record of success when it comes to hosting top class sporting events such as this.”

The FA has today confirmed the final venues selected for the next edition of the UEFA European Women’s Championship, which will be played across eight English host cities in the summer of 2021.

UEFA Women’s EURO 2021 promises to be a record-breaking tournament for UEFA, with approximately 700,000 tickets due to be available for fans across the country and extensive coverage of every game of the tournament available on free-to-air television, radio and online. Two of the stadia are current FA Women’s Super League grounds, and four of the venues – Brighton & Hove, Milton Keynes, Sheffield and Southampton – offer a capacity of over 30,000. The showpiece Final will be staged at Wembley Stadium, meaning the national stadium will host back-to-back men’s and women’s UEFA EURO Finals in 2020 and 2021.

As tournament hosts, England qualify automatically and will be joined by another 15 teams for the final tournament in July 2021. Both the venues and the official match schedule will be formally approved by UEFA later this year.

Baroness Sue Campbell, The FA’s Director of Women’s Football, said: “The performance of the Lionesses this summer engaged the nation and helped to generate significant momentum in the women’s game. Looking ahead, hosting a home EURO in 2021 offers a huge opportunity for us to continue to push the profile of women’s football and to inspire more women and girls to get involved in the game. The confirmation of these nine venues is an important milestone for us as a host nation on our journey towards the final tournament in July 2021. I am confident that the selected cities and stadia will allow hundreds of thousands of fans across the country to attend matches and will also help to deliver an atmosphere befitting of a home European Championship to the nation.”

Abbie McManus, Manchester United Women and England, said: “The support we received from fans this summer was incredible, and to know that we have a EURO on home soil in two years’ time is a huge motivation to work hard and remain focused, both on and off the pitch. I’m sure that Leigh Sports Village and the other eight venues across the country will provide amazing settings for EURO games, and we look forward to being able to experience the roar of a home crowd in the summer of 2021.”